Strawberries and rhubarb are the sign of spring in Ontario. And while they are perfect together, sometimes you just want rhubarb to sing on its own. I recently had a delicious rhubarb tart from Blackbird Baking Co. that featured rhubarb over a simple crème pâtissière (pastry cream) filling. I set out to make something similar and found this French rhubarb tart recipe from BBC Good Eats. While it seems to meet the brief perfectly, multiple people commented that the pastry cream was too runny.

So I dug up this crème pâtissière recipe from The Spruce Eats. Interestingly, the pastry cream recipes weren’t that different, but the Spruce Eats recipe did have a higher ratio of flour and cornstarch to milk, so that might have made all the difference. 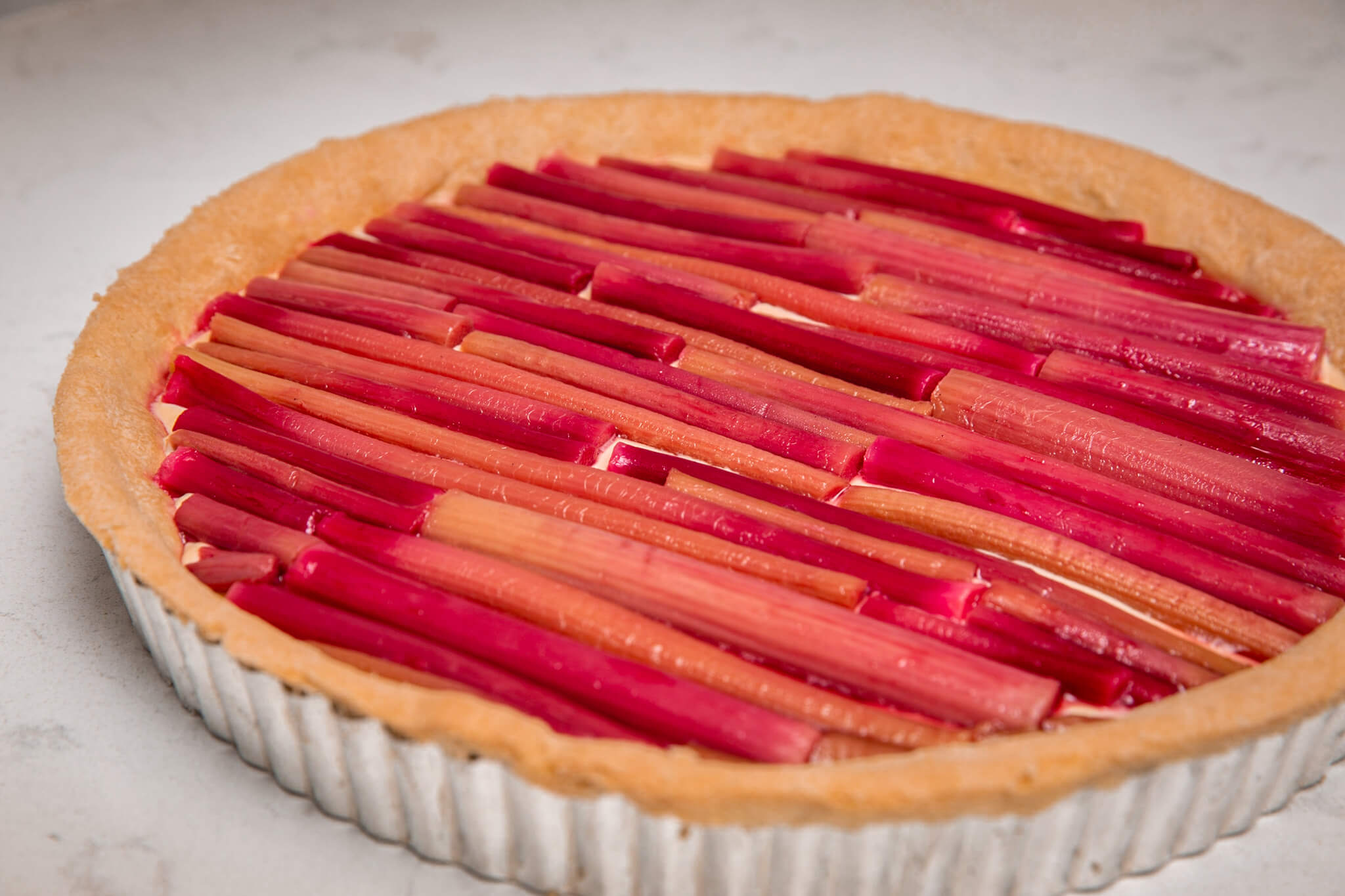 And while the filling was a bit runny, thetart was completely stunning and absolutely delicious. I’d make it again in a heartbeat, with the modifications described above. And while I had made an extra large 12-inch tart, I’d also consider making these in personal tart sizes because cutting through the rhubarb is tricky and ruins the presentation.

P.S. Be sure to save the sugar water used to cook the rhubarb… it’s a delicious syrup for cocktails or over ice cream.

Not up for this much work? Try this rhubarb compote instead!