Let’s face it… many vegan dessert recipes suck. But once you learn some vegan baking substitutes for common baking ingredients, you can adapt nearly any amazing recipe to be vegan. We’ll talk about the following ingredient substitutions:

Butter is pretty easy to substitute in baking. A few years ago, Earth Balance Vegan Buttery Sticks (“vegan butter”) was the go-to vegan butter baking substitute. But this product wasn’t easy to find and was pretty expensive (compared to butter). 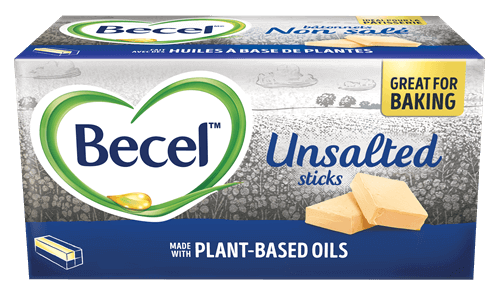 Becel now makes similar products, with their Becel Plant-Based Unsalted Bricks and Becel Unsalted Sticks, which most grocery stores (in Canada) are now stocking, and priced similarly to unsalted butter. (Note: tub margarine does not have the same fat/water ratio as stick margarine and is not an appropriate substitute for baking.)

Coconut oil is also a great vegan baking substitute. Virgin coconut oil is less processed and usually more affordable, but may impart a coconut flavour in your baked goods depending on the quantity used. Refined coconut oil reduced or eliminates the coconut flavour. But coconut oil is high in saturated fat (compared to vegan butter and margarine which are primarily made of unsaturated vegetable oils) so may be less healthy or desirable. It also has a low melting point of 24°C (76°F) which could make certain baked goods feel oily on hot summer days.

Finally, there’s Crisco Butter Flavour All-Vegetable Shortening Baking Sticks (and the unflavoured version). Since vegetable shortening doesn’t require refrigeration, it’s great for recipes that call for room-temperature butter (like when beating with sugar) since you don’t need to remember to remove from the fridge. But because vegetable shortening does not melt in your mouth like butter and the previous vegan butter alternatives, shortening is not appropriate for all recipes. In cookies and cakes, it’s great. But for creaming things like icing, cake frosting, chocolate ganache or mousse (which should dissolve or melt in your mouth), avoid vegetable shortening like the plague; it leaves a very unpleasant oily film in your mouth. (Although for vegan cake frosting, using 25% shortening to 75% vegan butter makes it more stable.)

Replace butter with the same quantity of your preferred alternative, either by volume or weight, which are generally identical.

When I first started doing vegan baking, I used the popular “flax egg” by mixing ground flax with water and letting it sit to congeal. This worked well enough, but I found it imparted an early flavour to cakes, weighed them down, and was clearly visible in the crumb. 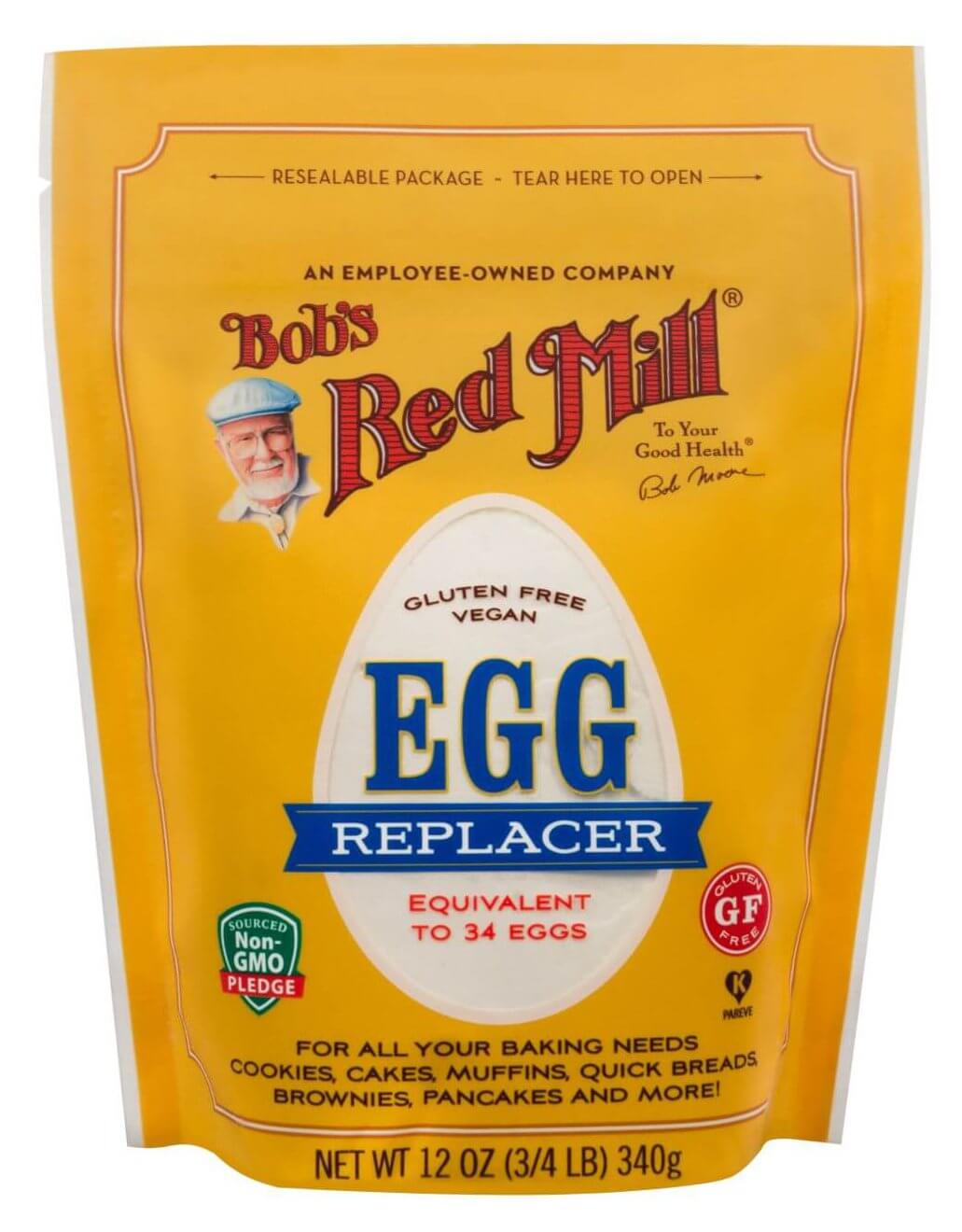 When eggs are used for binding, structure or moisture, my preferred egg substitute is Bob’s Red Mill Egg Replacer. This mix of potato starch, tapioca flour, baking soda and psyllium husk fiber works amazingly well in all recipes and gives cakes excellent structure. It can be hard to find in grocery stores (even ones that stock Bob’s Red Mill products), but it can be purchased online from Amazon (in Canada) or directly from Bob’s Red Mill (in the US). 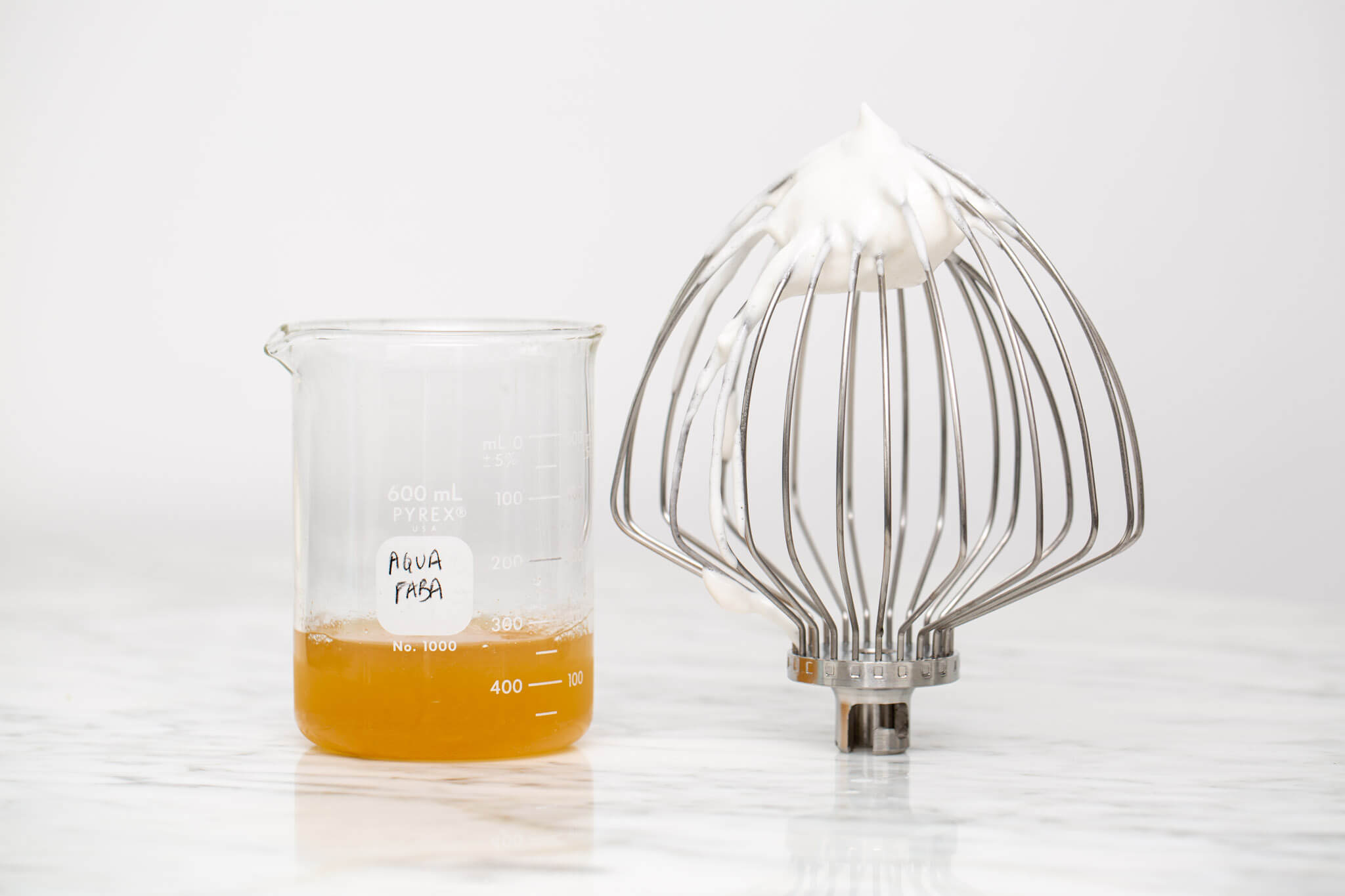 I avoided adapting recipes that called for whipped egg whites for the longest time. The only viable substitute is aquafaba, the liquid that remains after cooking chickpeas (or from canned chickpeas). Surprisingly, it was only discovered in 2014 that this serves as a surprisingly good egg white substitute.

When I first learned about this, it seemed too strange, so I ignored and avoided it. (Despite cooking chickpeas on a regular basis for hummus.)

But when I was motivated to adapt a German marble cake recipe, I was forced to give whipped aquafaba a try. I was surprised at how perfectly it worked. Now, whenever I cook chickpeas, I keep a bit of aquafaba in the fridge for baking.

America’s Test Kitchen did an experiment that showed whipped aquafaba benefits from cream of tartar (just like regular egg whites), so I always include cream of tartar when I whip aquafaba. (It can also be frozen.)

For whipped egg whites, one egg white should be replaced with 2 Tbsp aquafaba and 1/8 tsp cream of tartar, and whipped until stiff peaks. If the recipe calls for mixing in sugar, whip without sugar until soft peaks, then gradually add sugar while continuing to whip, until stiff peaks form. 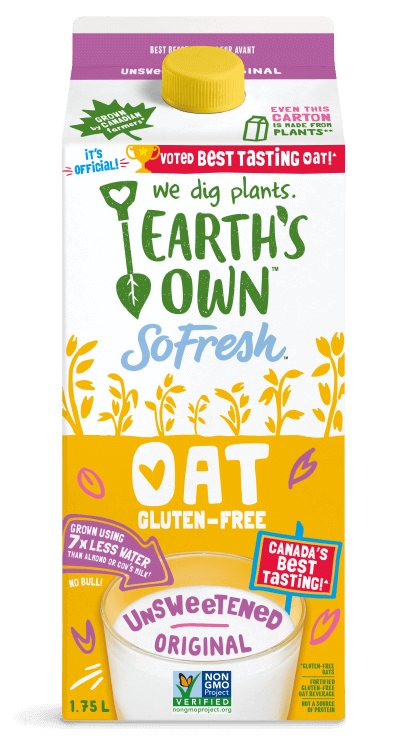 Substituting milk in cooking and baking is very simple. In almost all recipes, any non-dairy milk will work. This includes oat milk (my favourite!), soy milk, almond milk, cashew milk and coconut milk (the stuff in cartons, not the canned stuff).

I use Earth’s Own Unsweetened Original oat milk where milk is required in recipes like cakes, cupcakes, pancakes and enriched breads.

In a few non-baking recipes, the recipe relies on the protein content of soy milk, which does not exist in any other non-dairy milk. This includes many vegan mayonnaise recipes. Anything that requires thickening (without a thickener ingredient) or emulsifying might only work with soy milk. 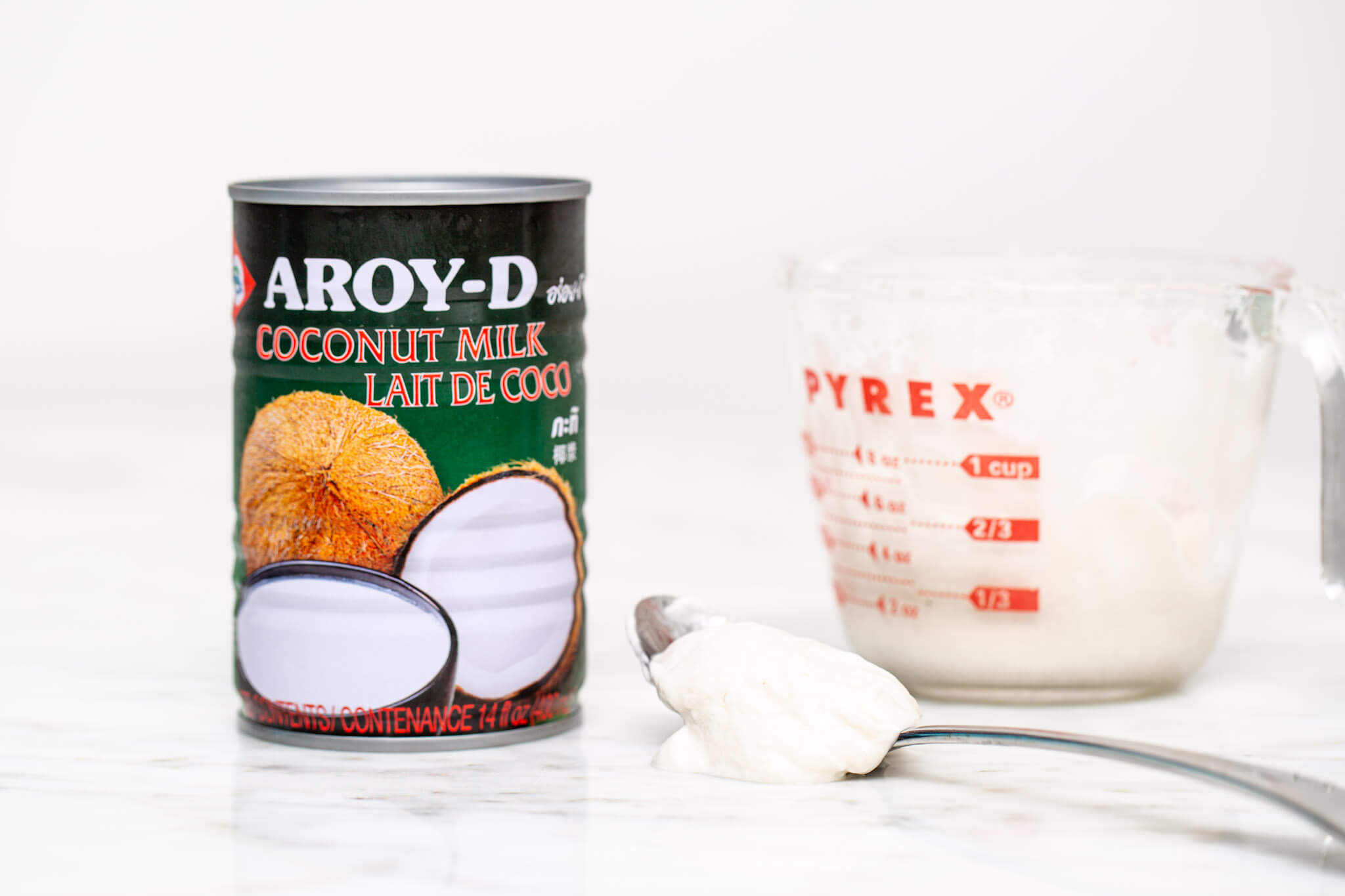 Coconut cream makes an excellent substitute for heavy cream or whipping cream, whether used as-is in a recipe or for making whipped cream.

But I learned a great trick a while back. Buy full-fat canned coconut milk (not light coconut milk) and refrigerate at least 24-48 hours so the fat separates and rises to the top of the can. Open the can and spoon out the cream, which you’ll find sitting above a clear liquid (essentially coconut water).

Not all brands of coconut milk behave this way, since some contain emulsifiers to prevent this separation. I’ve found that Aroy-D coconut milk works best, and I always keep a few cans in the fridge for this purpose.

Let me know how you get on with these vegan baking substitutes. Have you found any other substitutes worth mentioning here? Or are you looking for substitutes for any other ingredients?