I’ve been saying for a while on this blog that vegan baking doesn’t need to be a compromise. But finding amazing baking recipes isn’t always easy, especially vegan cakes that are more than vanilla or chocolate. For this vegan caramel cake, I combined a few different recipes to make one fantastic cake. 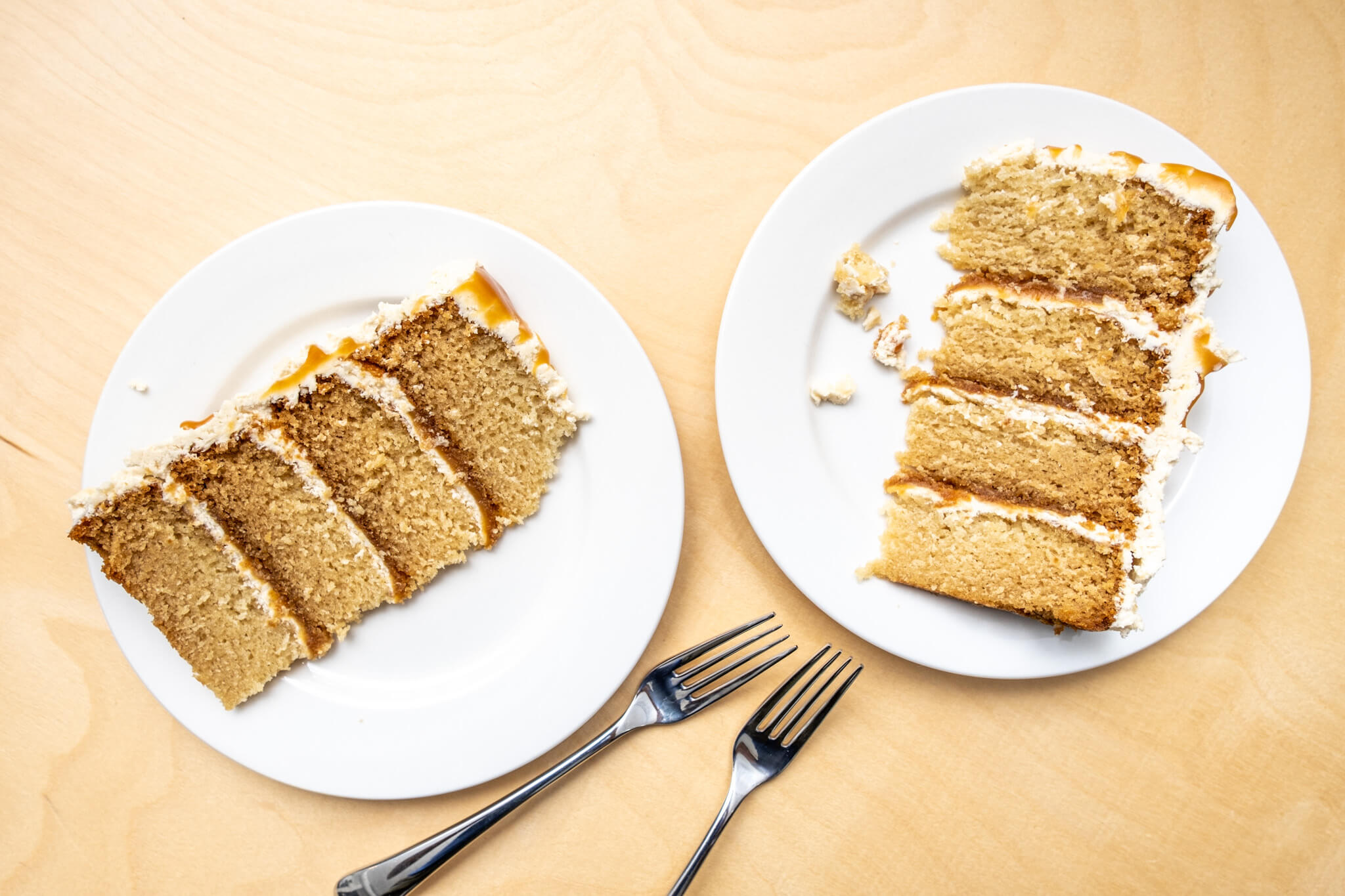 The cake layers are the vegan vanilla cake from Instagram cake maven, Courtney Rich. (Although she calls it an egg-free, dairy-free vanilla cake without using the V-word.) I was hoping her dedication to cake excellence would deliver a solid vegan cake. (She did test a number of vegan baking substitutes to find the best ingredients for her cake.) 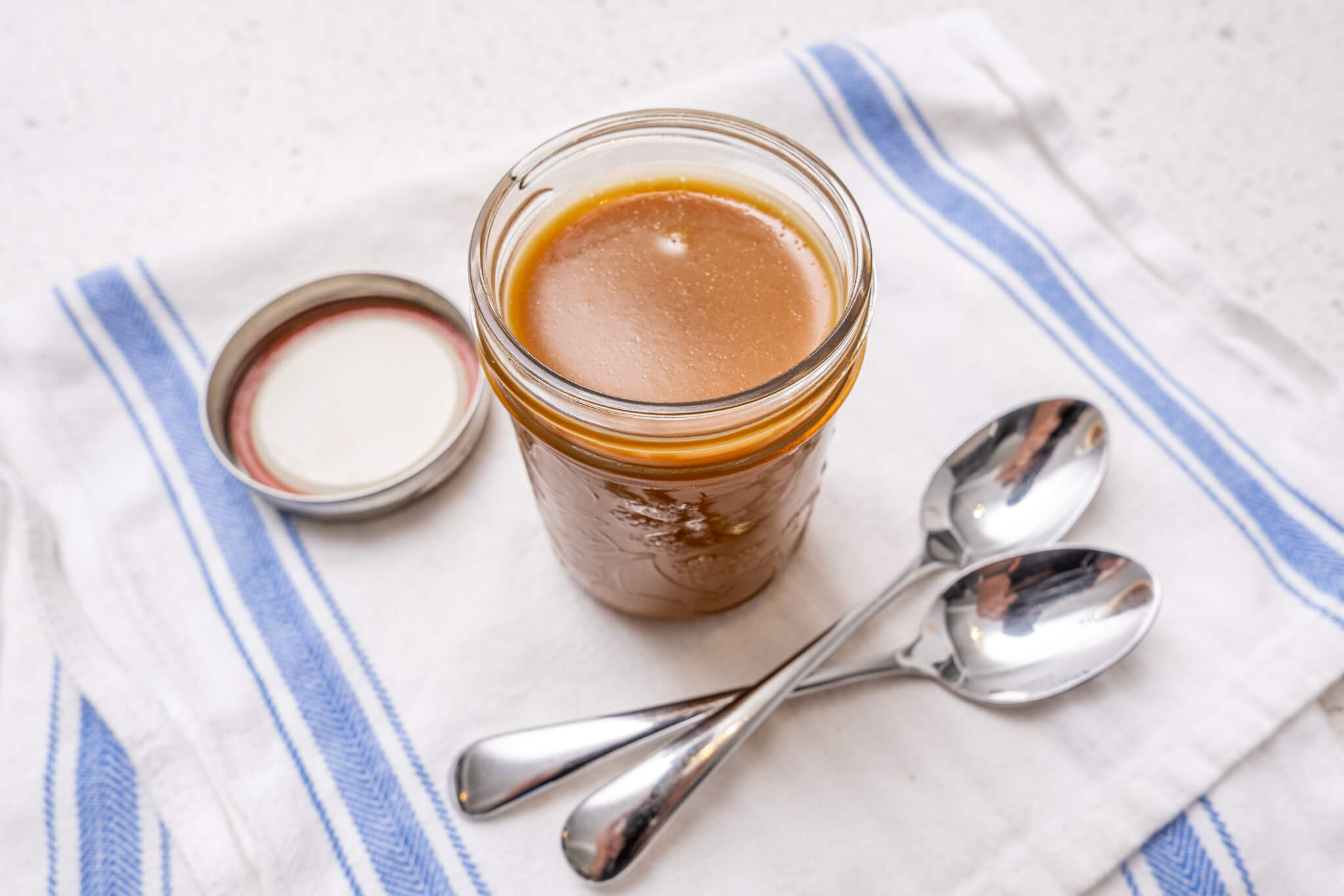 When I assembled the cake, I used a thin later of buttercream between each cake layer, as well as a drizzle of caramel. I applied a crumb coat and chilled it before applying the final coat of buttercream icing. I used the remaining caramel to drizzle over the top of the cake.

Salted caramel: my own vegan adaptation (I used half in the buttercream, and the rest between layers and drizzled on the top)